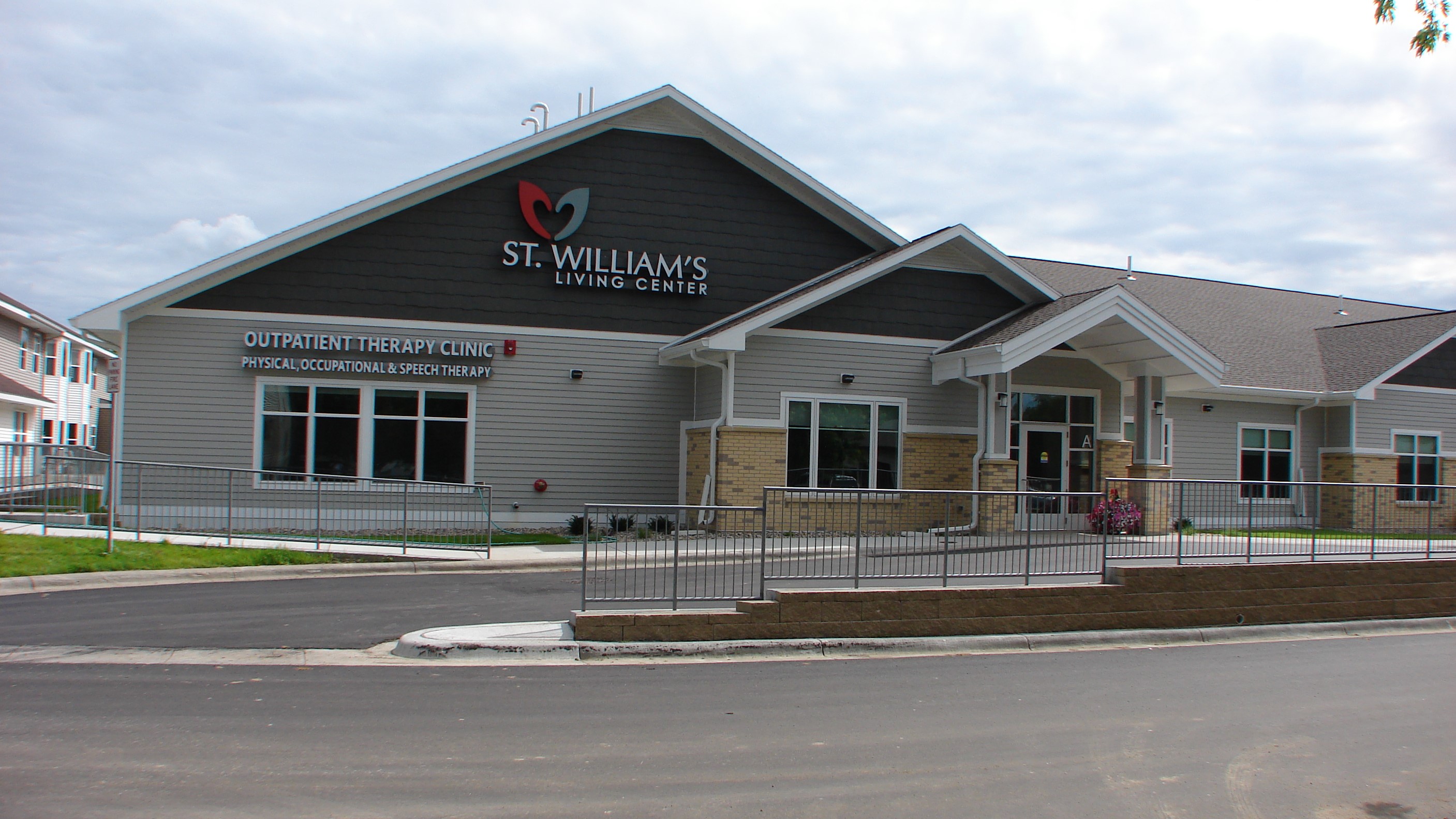 Did You Know? A History of St. William’s Living Center – Part 5

Under the watchful eyes of Fr. Joseph Vogrin and Cyrilla Bitzan, St. William’s Nursing Home made it through the tough early years and continued to grow and expand.

In the final installment of our series, we’ll discuss how the nursing home has changed over the last 40 years, and how it continues to serve Parkers Prairie and the surrounding community with excellent care.

More Space and a New Administration

Cyrilla Bitzan ran a tight ship at St. William’s Nursing Home after she was hired part-time by Fr. Joseph Vogrin in 1963. By 1970, Fr. Vogrin convinced Cyrilla to return to school and get her administrator’s license so she could take over full-time as the administrator.

During their time in administration, Cyrilla and Fr. Vogrin oversaw three separate expansions in 1963, 1967, and 1976. The 1976 expansion was critical for the growth of the facility. It created room for 30 new beds and gave St. William’s enough occupants to afford a full-time nursing staff working in three different shifts for round-the-clock care. The facility was soon the largest employer in Parkers Prairie, surpassing the school district.

Fr. Vogrin retired in 1987, after serving 37 years as pastor of St. William’s Church and Cyrilla Bitzan retired just two years later. She passed on her knowledge and an incredibly high standard of care to the then-Director of Nursing, Paul Baer. Paul would remain the administrator for another 26 years until 2013 when Tim Kelly, the current administrator, took over.

Beyond the Nursing Home

There was a great need in Otter Tail County for a place that could care for mentally-handicapped citizens as well as the elderly. In 1982, a 16-resident annex was built to provide community-based care for those suffering from mental illness.

With this expansion, the facility got a name change to St. William’s Living Center to incorporate all the new aspects of care available. The annex operated until 2003 and in 2006, it was torn down to make room for another expansion to the property.

St. William’s opened its first adult foster care home in 1989 and has since added two more foster homes. Foster care allows adults with mental disabilities the protection and assistance they need to handle the basic activities of daily living.

In June of 2001, McCornell Court Assisted Living was built. The assisted living wing holds fifteen senior living apartments that offer seniors a supported lifestyle with the autonomy of apartment living.  A chapel was also built during the 2001 addition to give residents a space to partake in religious services.

Vogrin Hall was added to the campus in 2007, giving residents a large, open event space they can use for family gatherings, regular activities, and town events.

May of 2019 brought another exciting chapter to the history of St. William’s when our newest addition opened to residents. This remodeling project added fourteen private rooms to the nursing facility as well as several new common areas and a fully equipped outpatient therapy clinic.

St. William’s Living Center: The Home With a Heart and 5 Stars!

From its early years as the Liebold Hospital to the most recent expansion and remodel, it’s been our pleasure to bring high-quality healthcare to the citizens of Parkers Prairie!

Our facility consistently receives a 5-star rating in the Medicare Nursing Home Compare Program. Contact us to learn more about the many services we offer.

Information for this post was taken from the book Beyond Measure, written by Fr. Jeff Ethen, copyright 2000 Central Minnesota Catholic Publishers