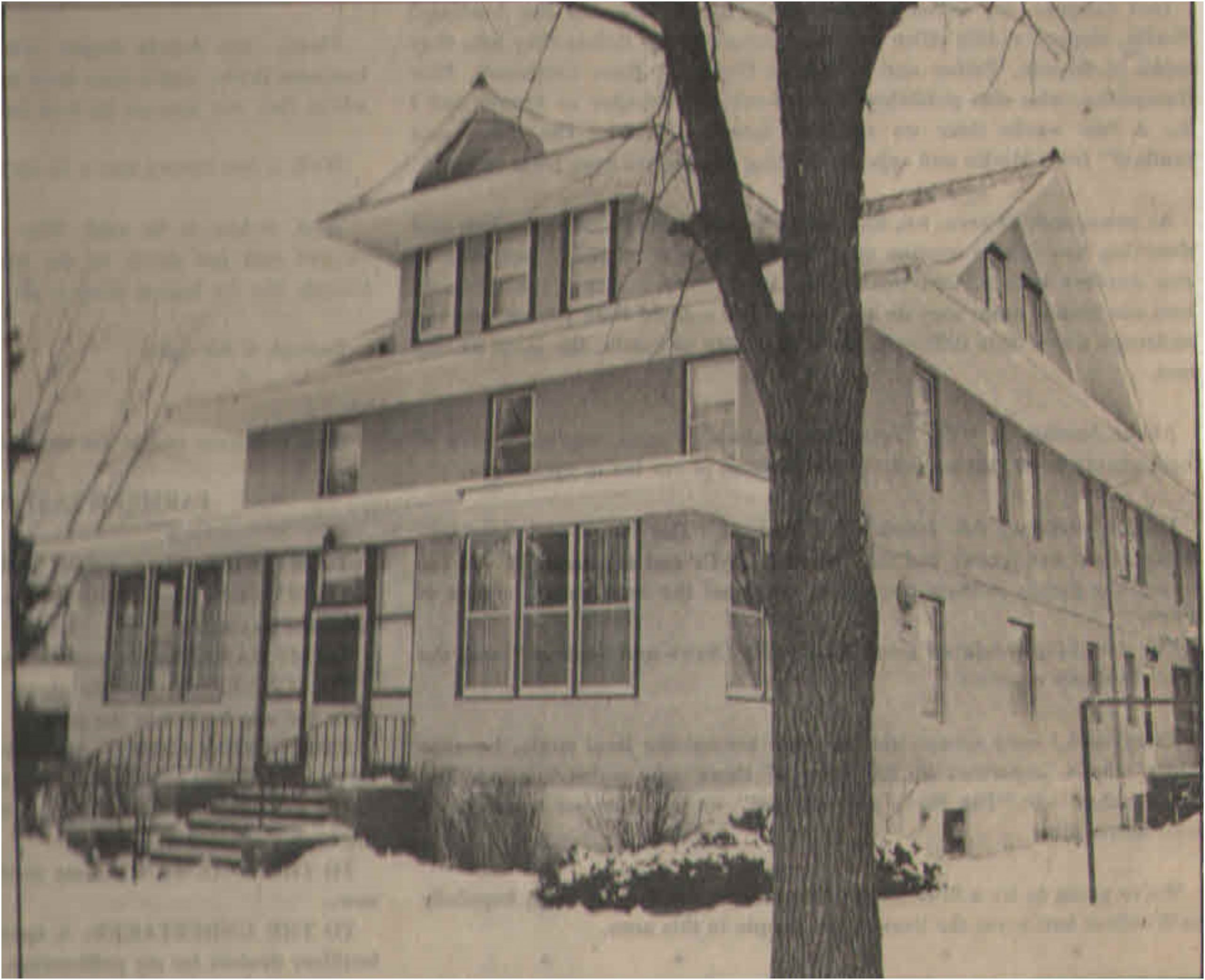 Did You Know? A History of St. William’s Living Center – Part 3

In the middle part of the 20th century, St. Raphael’s Hospital in Parkers Prairie became a local healthcare hub, serving the residents of Otter Tail County. Soon, a thriving Catholic parish was added to the community and Parkers Prairie residents no longer had to make the trek to Urbank for Sunday Mass.

Fr. Joseph Vogrin came from St. Cloud to lead the new parish and oversee operations at the Franciscan hospital next door.

In this installment of our series, we’ll take a closer look at how St. Raphael’s Hospital evolved to become a rest home and care center.

Fr. Joseph Vogrin was ordained in Austria in 1944 during the height of World War II. It was a dangerous time for religious scholars and priests in Europe. Because they were educated, they represented a threat to the totalitarian regimes that ruled during the war.

Seeking political sanctuary, Fr. Vogrin came to the US and was moved to the St. Cloud Diocese in 1949. Later, he ventured west, looking to become a pastor at St. Mary’s in Alexandria. The job didn’t work out for him and he was instead assigned to St. William’s in Parkers Prairie.

He served his first Mass on August 19, 1951, just a few short weeks after construction of the brick church building began. The temporary position he took became a permanent stay after he became deeply involved in the construction project.

The Fate of the Hospital

By 1959, St. Raphael’s hospital was in dire need of a renovation. It received 18 deficiency citations from a state inspection that year.

With a relicensing deadline looming, the Franciscans were running low on options. They lacked the funds to bring the hospital up to code. A city commission, made up of prominent businessmen in the community, came together to decide what to do with the ailing hospital.

They were unable to reach an agreement about the fate of the St. Raphael’s and the Franciscans allowed the hospital license to lapse. Fr. Vogrin saw an opportunity and purchased the building for $1,000 through St. William’s Parish. A new community hospital was later built in a new location in Parkers Prairie.

A Rest Home In Its Place

Community leaders in Parkers Prairie hoped to have a nursing home wing added on to the new hospital, but funding cuts made this impossible. Fr. Vogrin had a vision that the church’s building, old St. Raphael’s Hospital, could serve a new purpose.

But the building needed plenty of work before it would be fit as a healthcare facility again. In 1960, Fr. Vogrin approached the Diocese about renovating the aging structure, which had been left as a shell by the Franciscans, into a 20-bed board and care facility. He received the necessary permission and funding to go forward with the construction.

Join us next week! We’ll discuss how the original 20-bed rest home grew into a 5-star nursing facility and living center that’s consistently rated among the best in the country. You don’t want to miss it!

Visit the News section of our website to hear the latest news coming out of St. William’s Living Center and get some great advice for adjusting to nursing home life.